The Reopening of the Vancouver Aquarium 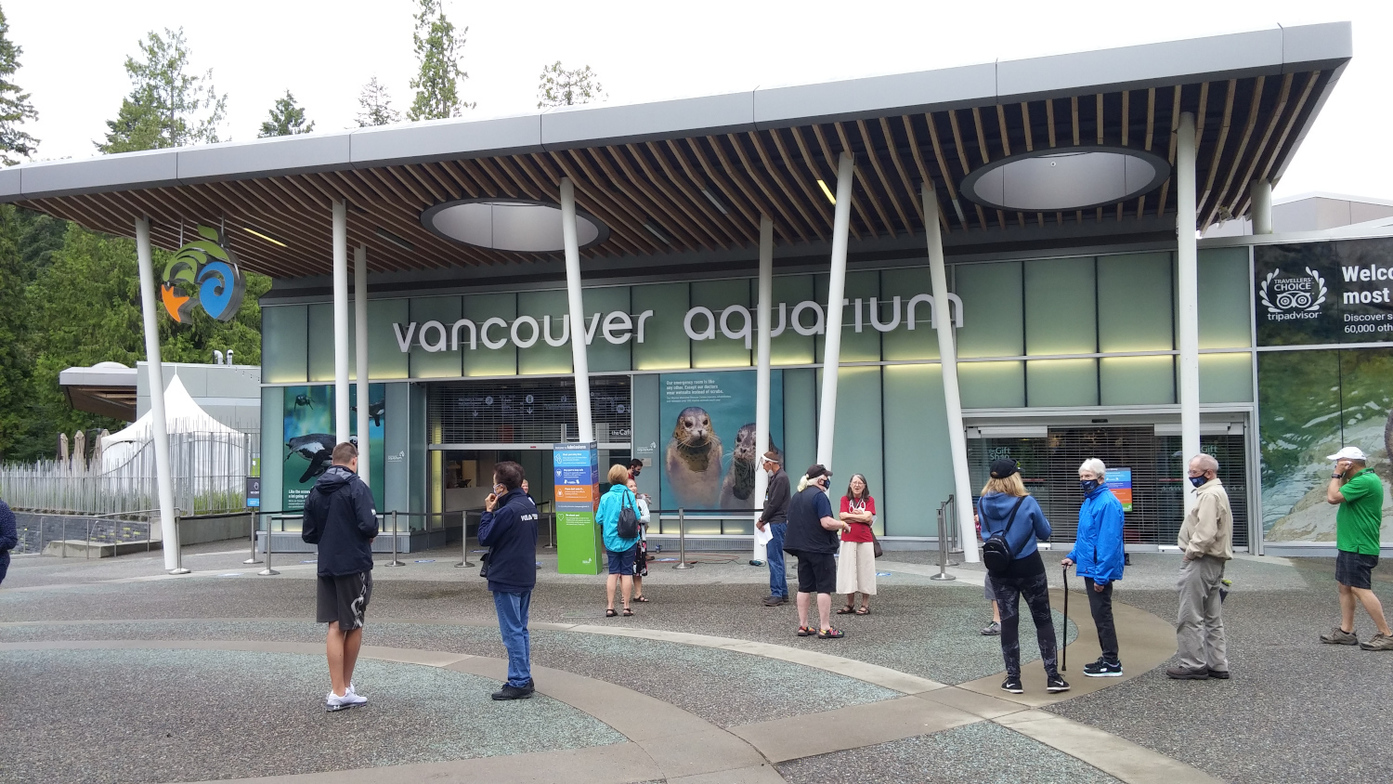 When the Vancouver Aquarium announced that they urgently needed donations and were otherwise facing permanent closure back in April, I—and many others, I'm sure—were blindsided by the news. At the time, everything was ambigious: How long was the temporary closure going to last because of the pandemic? Will we ever get to come back? Will we be losing this place of great education and wonder for good?

Will I be losing this one place that has given me much joy, purpose, and peace?

As the weeks went on, increasingly optimistic things were happening as the Aquarium announced partnership after partnership. Though there was still uncertainty, it wasn't as bleak as it initially was.

Then came the rejoiceful news that was the reopening happening on June 26th.

As a volunteer, I get to have certain priveleges, such as knowing about certain things ahead of time before they're officially announced. Along with the news, we volunteers got to participate in a trial run in the days leading to said reopening, where the staff was testing their one-way traffic flow of the place.

Like the museums at Vanier Park, the Aquarium is only allowing visits in designated time slots. So I signed up for the very first time slot of the day, if only because I wanted to get back there as soon as I could.

It was an otherwise cloudy morning, a perfect kind of weather to be in Stanley Park (for me, anyway). We volunteers gathered outside, patiently waiting for the gate to open until it did, and entered. Obviously, things were different this time; there were stickers pasted on the floors for us to keep a distance. It made looking at the many habitats a bit tricky because I needed to be conscious of said distancing at the same time. It was also great seeing some of the staff I knew more closely than others, particularly one of the custodians.

Over an hour later, my visit concluded. It had been three months too long since I had last been there, and over an hour too soon for my visit to be over. But it was nonetheless a very good thing to be back.

As much as the Vancouver Aquarium was able to reopen within just three months, we cannot claim victory just yet. COVID-19 still lingers about, and if we want things to progress then we must keep doing our part to keep each other alive and well.

If you'd like to support the Vancouver Aquarium, there are several ways of doing so from here.