The Story Behind ~ A Sacred Space 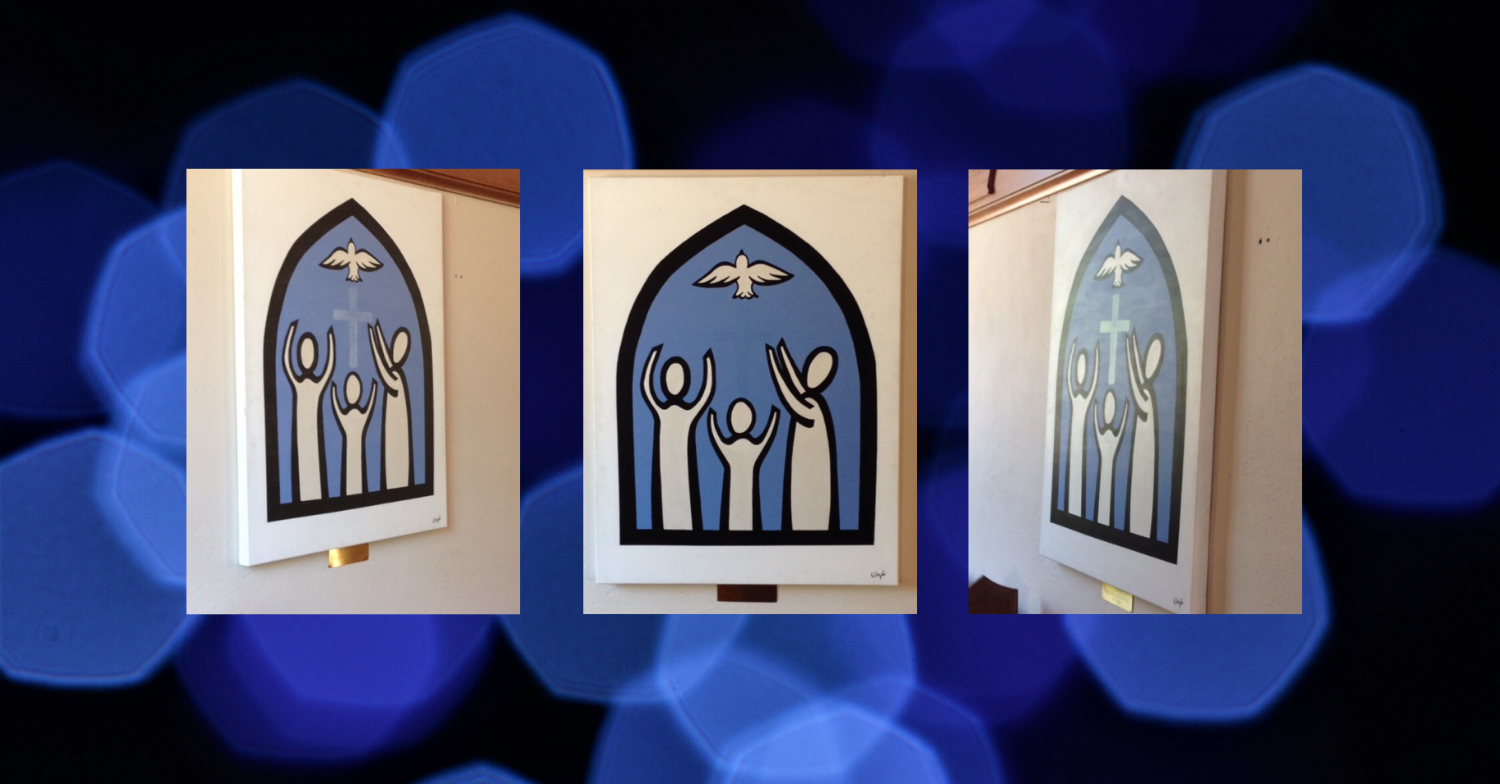 Many people at Knox remember the history behind the painting on the south wall of the sanctuary. But, if you are relatively newly arrived at Knox, or perhaps you are viewing our services online, you will not know its history. So, this is the story behind......... A Sacred Space.

This beautiful canvas was commissioned for the Knox sanctuary. The plaque below it reads:

The idea of an image originally began with the Pastoral Care Team, as part of the planning for our Spiritual Spas. What was the vision/mission as the church, and what image would represent that vision/mission?

Around the same time Burt Dennis died. Burt was the son of congregation members, Evelyn and Mel Dennis. Evelyn and Mel wanted to be able to leave a lasting memorial of their son, to Knox.

The Reverend Sally McShane visited a great deal with Evelyn, who was soon to move into palliative care. She mentioned that her artist niece, Rosie Taylor, of Yellowknife, was coming for a visit. Rosie met with Evelyn and then she spent time sketching in the sanctuary. Evelyn loved the spiritual reach of the image. It was lovingly recreated with acrylic on canvas. Rosie added the arches to resemble the church arches. Between the hands and the doves, there is something that not everyone sees when first looking at the painting. But, if you are at the right angle, you see the cross.

Evelyn was comforted, knowing that the image was at Knox, and spoke often about the Spirit and the love of God. The image was an offering to God.

Both Mel and Evelyn were both able to be present at Knox on the day that it was received and dedicated.

The art image was reduced in size, and became the Knox logo for many years. We refer to Knox as A Sacred Space. It also inspired a piece of music, with words suitable for Introit or benediction, which the congregation sang regularly.

So that is the Story Behind the Sacred Space painting. If you viewed the online worship for Pentecost, May 31, 2020, you had a chance to see the painting. It is a wonderful image to think on for Pentecost!

Mel and Evelyn also commissioned the design and creation of our blue, glazed pottery Communion set, from a potter on Granville Island, in Vancouver. For Evelyn the communion set fulfilled the same purpose as did the painting. This is the set we use most often in our Sacrament of Communion at Knox.