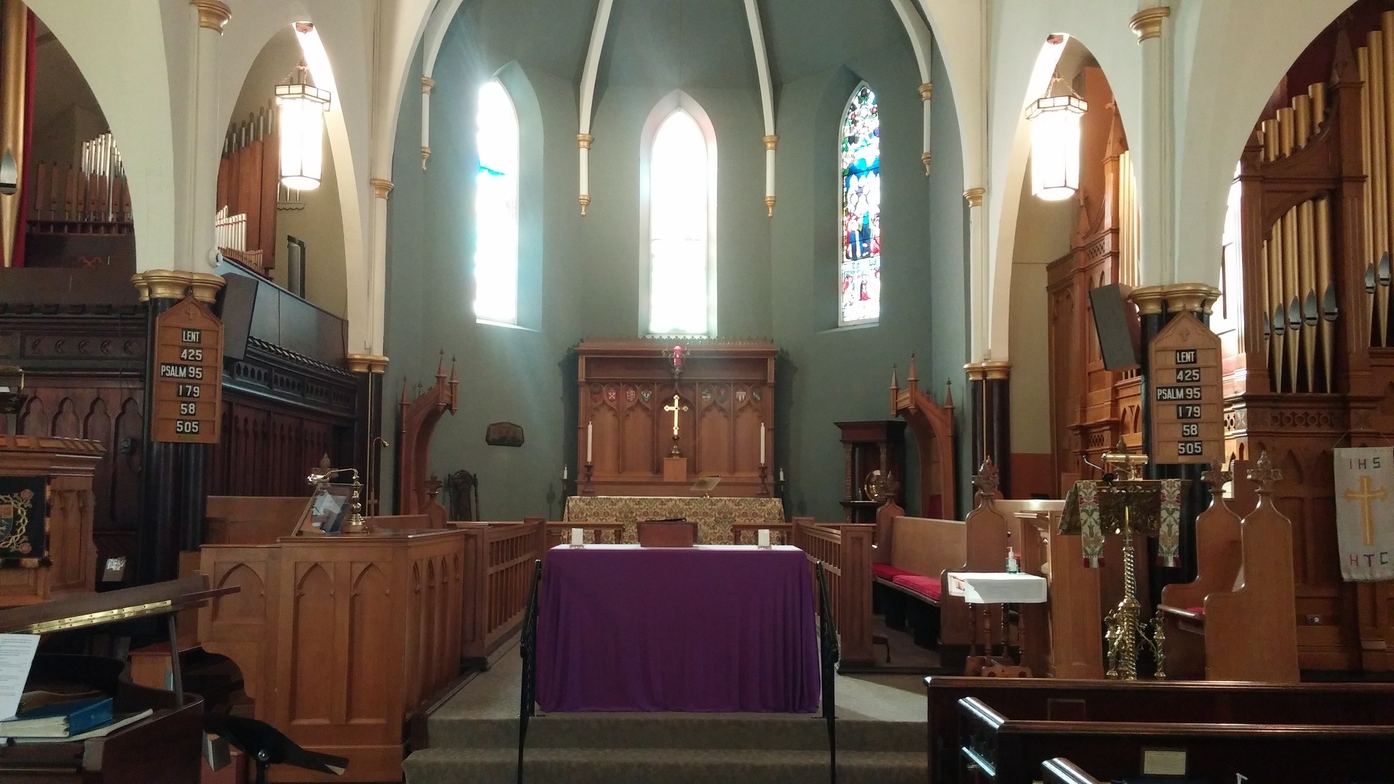 Little did I know, the Vancouver Aquarium would announce its temporary closure, after I had just visited the previous day.

With that and Knox suspending in-person gatherings, there was one place of refuge left: the Holy Trinity Cathedral, in New Westminster.

Back in 2015, I went on a church tour, in which each week I went to a different church to see what it was like inside. Unlike most other churches on my list, the Cathedral was a smaller place. As a new visitor--and a young Asian male in a small traditional church at that--I stood out, and from there, a friendship was made.

A quick non-sequitur: When I first stepped foot in Knox in 2017, Colleen said I was an anomaly, which I took as a compliment.

I do regret not being able to be with those people on Sunday mornings; unfortunately, I cannot be at two places at once. That's why when they're having their monthly Fun Night (ie. board games and good company where all are welcome) or their monthly second Sunday luncheon, I always make it a point to visit and say hi.

The Cathedral was having its last Wednesday Midweek service (to see a video of it click here) and the last service in general. The Anglican Archbishop's order was to suspend all church activities “by Wednesday morning,” which the Cathedral's own Vicar Richard took to its literal extreme – “Wednesday morning” ended at twelve noon, therefore the service was still happening. It was very cheeky.  I liked it.

With my last place of refuge closing its doors, I then went to Shoppers Drug Mart and bought a bunch of spicy noodles, before going home to spend the next while in its confines.