Have You Heard an Angklung?

Listen to this instrument play "You Raise Me Up" 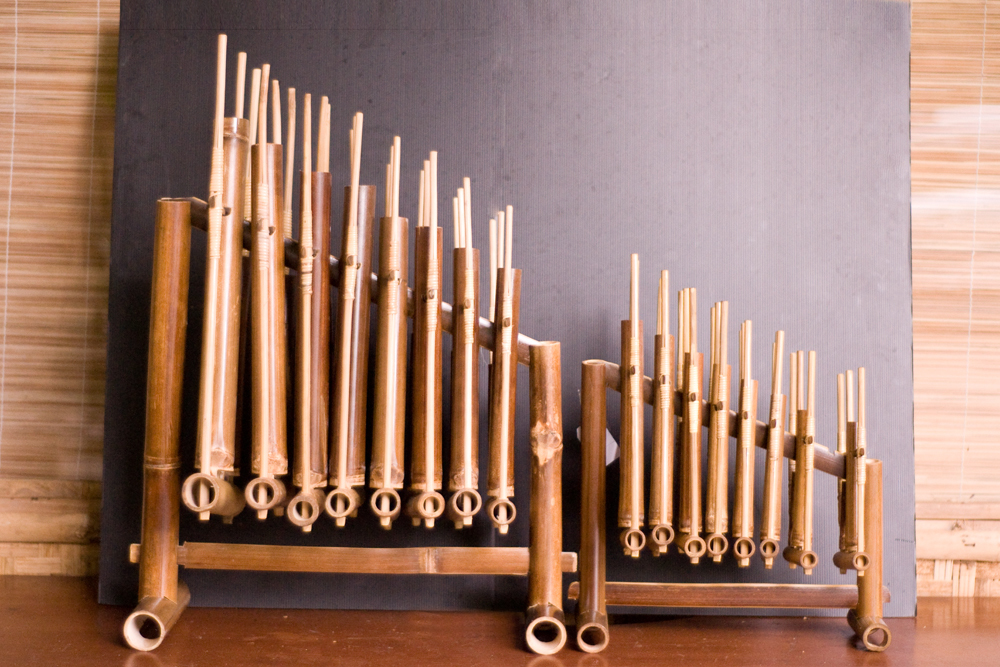 This is rather lovely. It comes from Indonesia: one of the instruments being played is the angklung, a favourite of mine!

I believe it comes from a Christian retreat (La Verna) outside Lambang in Sumatra, Indonesia.  I found a site on YouTube, but it was completely in Indonesian - after 30 years, mine is a little rusty, but I did determine that the place is run by nuns.  Obviously very musical ones!

A bit more about Angklungs:

“The angklung is a musical instrument from West Java, Indonesia made of a varying number of bamboo tubes attached to a bamboo frame. The tubes are carved to have a resonant pitch when struck and are tuned to octaves, similar to Western handbells. The base of the frame is held in one hand, while the other hand shakes the instrument, causing a repeating note to sound. Each performer in an angklung ensemble is typically responsible for just one pitch, sounding his or her individual angklung at the appropriate times to produce complete melodies” – Wikipedia, April 14 2020