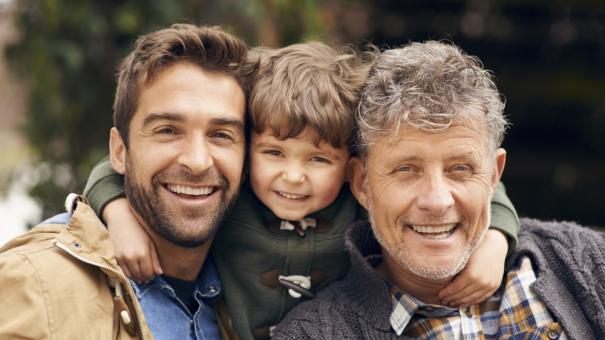 There are some suggestions that the idea of Father's Day may originate in pagan sun worship. Some branches of paganism see the sun as the father of the universe. The June solstice occurs around the same time of year as Father's Day so some people saw a link between the two.

The idea of a special day to honor fathers and celebrate fatherhood was introduced from the United States. A woman called Sonora Smart Dodd was inspired by the Mother's Day celebrations and planned a day to honor fathers early in the 20th century. The first Father's Day was celebrated in Spokane, Washington on June 19, 1910. Father’s Day has become increasingly popular throughout North America and other parts of the world over the years.

A Prayer for Father's Day

We give our thanks, Creator God, for the fathers in our lives.
Fatherhood does not come with a manual, and reality teaches us that some fathers excel while others fail.
We ask for Your blessings for them all – and forgiveness where it is needed.This Father's Day we remember the many sacrifices fathers make for their children and families, and the ways – both big and small – they lift children to achieve dreams thought beyond reach.
So too, we remember all those who have helped fill the void when fathers pass early or are absent – grandfathers and uncles, brothers and cousins, teachers, pastors and coaches – and the women of our families.
For those who are fathers, we ask for wisdom and humility in the face of the task of parenting. Give them the strength to do well by their children and by You.
In Your Holy name, O God, we pray. Amen
- Rev. Chuck Currie