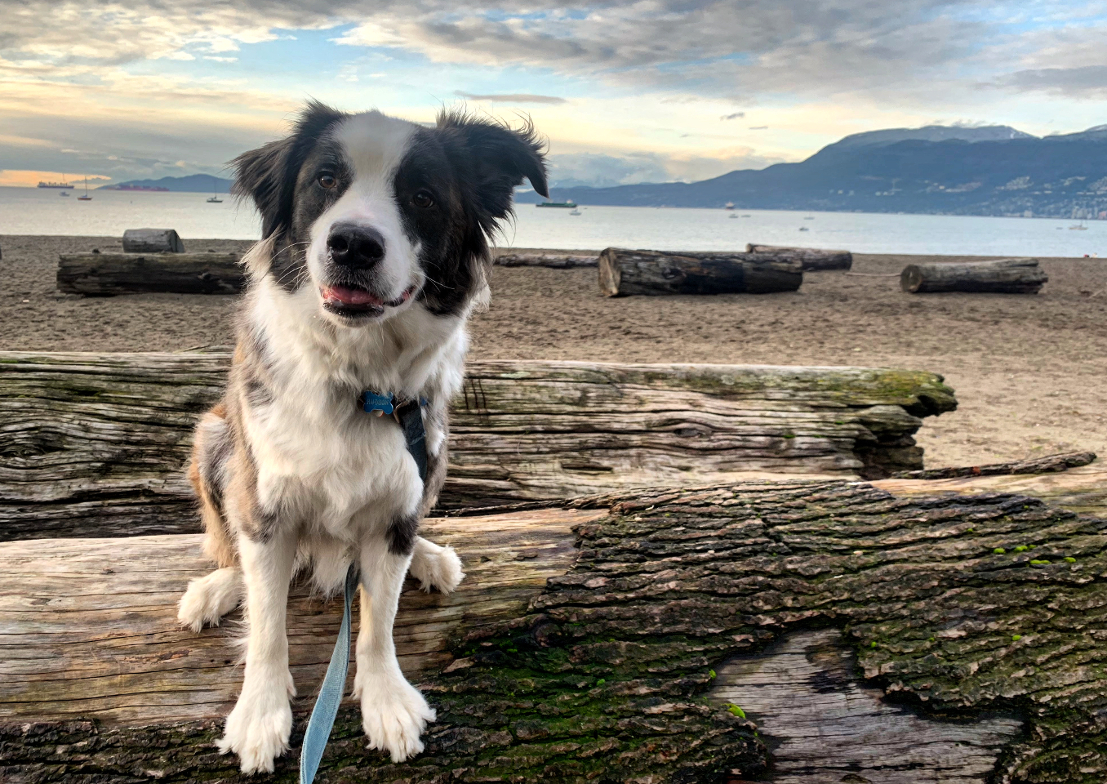 Scott and I have had Hudson just over two and half years now - his birthday is May 4th. We adopted him fall of 2017 and we were told he was being put up for adoption as he had failed out of his training. We should have known then we were in for an adventure.

He had been a neglected puppy by the family who originally had him, kept outside and when the family lost interest in him at just 6 months old, an organization stepped in and offered to buy him, to train him as a physical assistance dog. So off he went. And they did try to train him.  They tried really hard. He was smart. They could see that, but, as it turned out, he just did not have the temperament.

So he ended up in his rightful place - with us. He has definitely come with a set of issues. He hates to be physically moved (no picking him up), terrified of the vet, and it took him forever to allow us to touch his toes or tail or under his ears. He can be a pain in the car. He attacks the automatic windows with vigor and he can be overly protective of me when he is on a leash. At 80 pounds he's too big for either of our mums to dog-sit as he has a tendancy to chase squirrels and bowl over anyone in the way.

But, we love him regardless. Just look at that sweet, handsome face of his. He has a huge heart and is the best snuggler I've ever met. His light truly shines on hikes, running and bouncing over logs and running straight through the brush (oh, did I mention he is not graceful at all?), he chews on any stick he can find deemed chewable (we aren't sure what the criteria is just yet) but the best part is you can see he loves us and our extended family as his pack.

I've made a tradition of making him a birthday video each year to remember how much he -and we- grow and learn. I hope you enjoy watching a taste of Hudson's life. Happiest of third birthdays to our big, clumsy trouble-maker.