The Reopening of the Cathedral 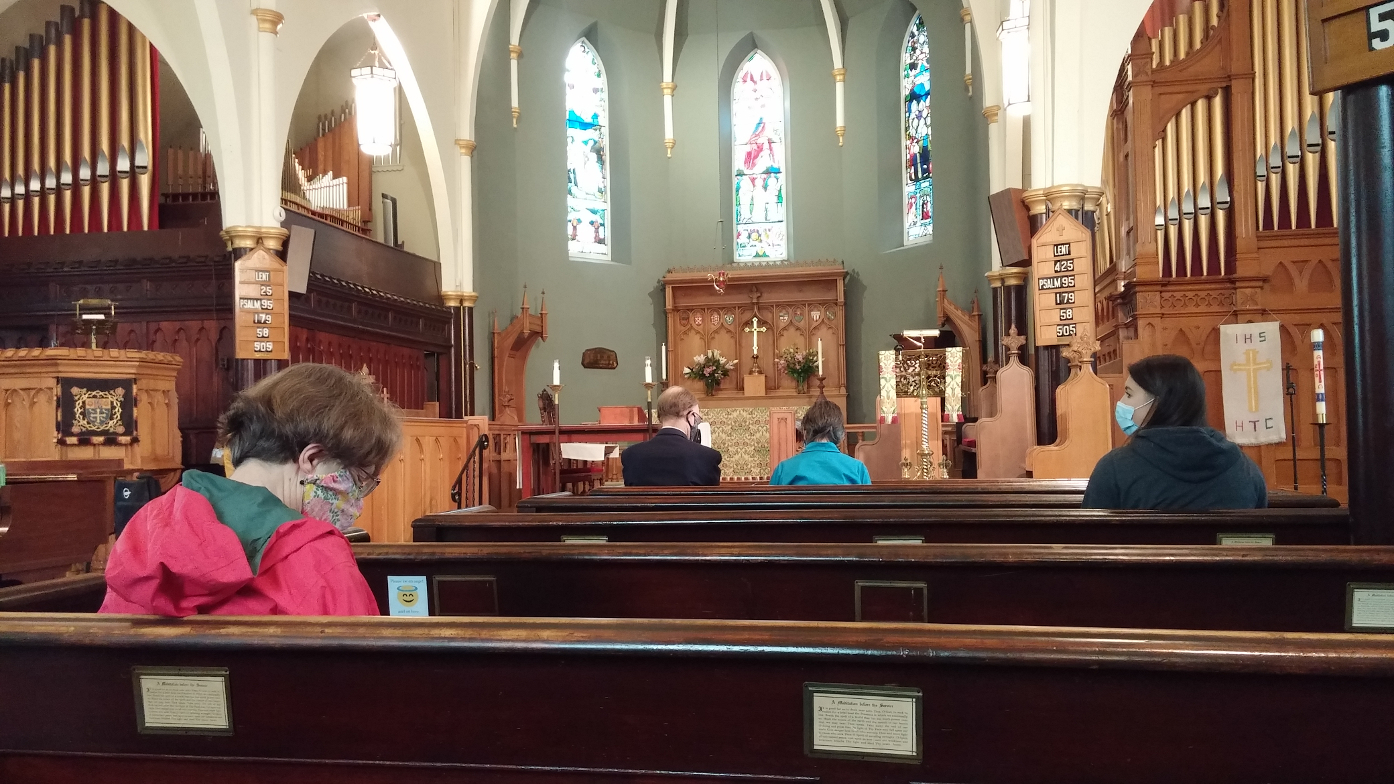 The consequence of losing one's safe spaces is losing the places that give us clarity, or otherwise a sense of peace. I'm sure I speak for many of us in that our spirits are dampened from suddenly having to stop going to these places.

Thankfully (and as many of you know), I began helping with the Virtual Worship Service a month after everything had closed down, which meant getting out of the house to be in a literal sanctuary once a week. Truth be told, it did only so much, but given the circumstances, sometimes the small things are good enough.

Over at the Holy Trinity Cathedral, Vicar Richard kept things running by livestreaming services and his own twice-a-week talks called “A View from the Vicar” via Facebook. There, he would share about certain figures of Christianity from history, provide guidance (of course) to remind us to hang on, and give updates about ongoings at the Cathedral... including the eventual re-opening, which happened on June 21st.

So of course I went, after three months of being secluded from them. Naturally, there were fewer people than usual, and those who were there sat apart from one another. When the church bell rang, there were comments of rejoice; clearly, people have missed its glorious sound. There was no singing, to prevent people from (to paraphrase Mr. Trudeau) “singing moistly".

In short, it was great to be back – being in a place of tranquility will always be better than staring through a screen at a place of tranquility. People didn't stay too long after the service, since Coffee Time was still cancelled; they exchanged some words just outside the church door before departing for the day.

And so, I went home, moderately in time to join Knox's Fellowship Time on Zoom. You can find the Cathedral's services and episodes of “A View from the Vicar” (along with Liking and/or Following their page) here