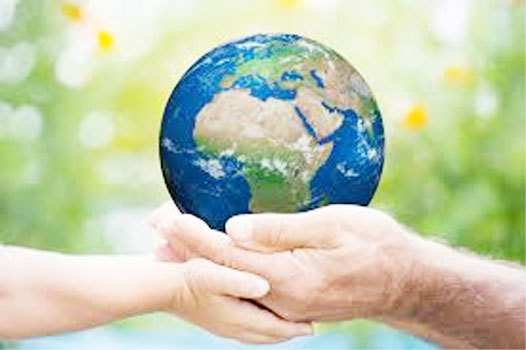 What does it mean to be a person of faith in troubled times?

I’m sure I’m not the only one here who asks this as we’ve seen record droughts and hurricanes, floods and forest fires across this beautiful land, terror attacks in Beirut and Paris, children killed in Palestine. As we grapple with how to act on the myriad injustices Maisaloon just described.

Our faith gives us the moral belief that our actions matter. Our faith gives us a spiritual practice that keeps us from being distracted by the day-to-day, that calls us back to grapple with the troubles of the world and our own responsibilities to act. Our faith gives us the strength to make hard choices, to lead with humility, to live in ways that may be unpopular, uncomfortable, or not in the best interests of our bank balances – because we know in our souls that these are the choices we are called to make.

My father’s father was the first Quaker in my family, in England. My strongest early memory of my grandfather is of standing together at the kitchen sink, washing dishes. I was perhaps eight years old. For reasons long forgotten, I asked him if he could sew. He told me yes, he could sew – and that when he was a young man, he had sewn many mail bags while in prison.

I was shocked – my grandfather had been to prison! What had he done? He explained to me that during WWII he had been a conscientious objector, had refused to fight because of the Quaker peace testimony. He was imprisoned and worked on the land, producing food for England. After the war, he worked with war orphans in Germany. In the 1970s and 80s, he led groups of Brits on peace-building trips to the Soviet Union. His faith told him to love all peoples, for there is that of God in everyone.

My grandfather was willing to go to jail to stand up for what his soul knew to be right.

I was five when my parents separated, and seven when they divorced. My mother, the daughter of two WWII British Air Force veterans, was raised in the United Church in Kitimat, BC. When I was 10, she was a lead organizer to create a union that would give her and her colleagues some job security.

I remember overhearing her late at night talking to someone on the phone, trying to talk a woman through her fear of signing a union card, her fear of losing the job her family depended on, her sense of precariousness and vulnerability. I remember hearing the steadiness in my mum’s voice, and trusting in her courage, that we would be ok. She was speaking from one single mum to another, building a union that could bring greater security for both their children. She was willing to take these risks because of her love for justice, and her love for me.

My mother was willing to risk her job and her home to stand up for what her soul knew to be right.

---  When Quakers worship, we gather in silence, each listening inwardly for the Light, the divine. We are seekers, trusting that Light will guide us as we discern how to live our lives. If I had been alive during WWII, I don’t know if I would have been a conscientious objector like my father’s father or a morse code operator with the Women’s Air Force like my mother’s mother.

But I know that in this day and age, climate change and all its interlinked injustices are the biggest challenge this world faces. I studied environmental science, policy, and economics to understand what solutions might look like. But that knowledge is not how the change we need will happen. The radical changes we need to meet this moment in history will come from moral courage, from the deep belief, and courage, and compassion, and integrity, that can create incredible transformation.

The courage to divest from fossil fuels even if that gives us a sense of financial uncertainty. The compassion to stand against xenophobia and ensure that those most vulnerable are at the forefront of our movements. The integrity to lead with humility, to know that we don’t have all the answers, to listen and learn and be open to continuing revelation.

To me, climate justice is about respecting the land on which we live, protecting it and its creatures from extreme weather and sea level rise. Climate justice respects the “common but differentiated responsibilities” of all nations to act – that developed nations must share their fossil-fueled wealth to help developing nations leapfrog to clean technology. Climate justice requires reconciliation with Indigenous communities, recognizing their rights and leadership. Climate justice requires both mitigation and adaptation, and a radical compassion to open our doors to climate refugees. Climate justice needs an economy where nobody has to damage the earth to feed their kids.

Climate justice is building a world where my children will not go to war over oil and water.

It is solar and wind. It is divestment and a price on carbon. It’s growing our own food and bicycling. It’s joining hands in the street to hold our new government accountable for a fair, ambitious, binding UN climate deal. It’s learning to ally with frontline and marginalized communities, and then deepening that learning again and again.

And climate justice is so much more than all of this – a deep alignment of justice and love that only poetry, music, and worship can truly express.

It is each of us digging deep inside ourselves to do what our souls know to be right.

Building climate justice together isn’t always easy. Sometimes we are asked to make hard choices, to lead where others’ courage has failed them. I come to my faith for courage and wisdom, to discern the ways in which I can and must bear witness to the worries of the world.

I think of what my grandfather and my mother were willing to risk because of their beliefs and their love. And usually, I think how the risks I’m considering are so much less scary – to speak out, to march in the streets, to share a perspective that might be uncomfortable for a family friend, to admit when I have been wrong.

So I ask you this morning, what does your faith ask of you? What are you willing to risk, to lead towards climate justice? What does your soul know to be true?

“Let us see what love can do,” wrote 17th-century Quaker William Penn. Let us lead with our love for this earth and all her peoples. Let us build justice and a safe climate together.