Advent Carol ~ There's a Voice in the Wilderness Crying 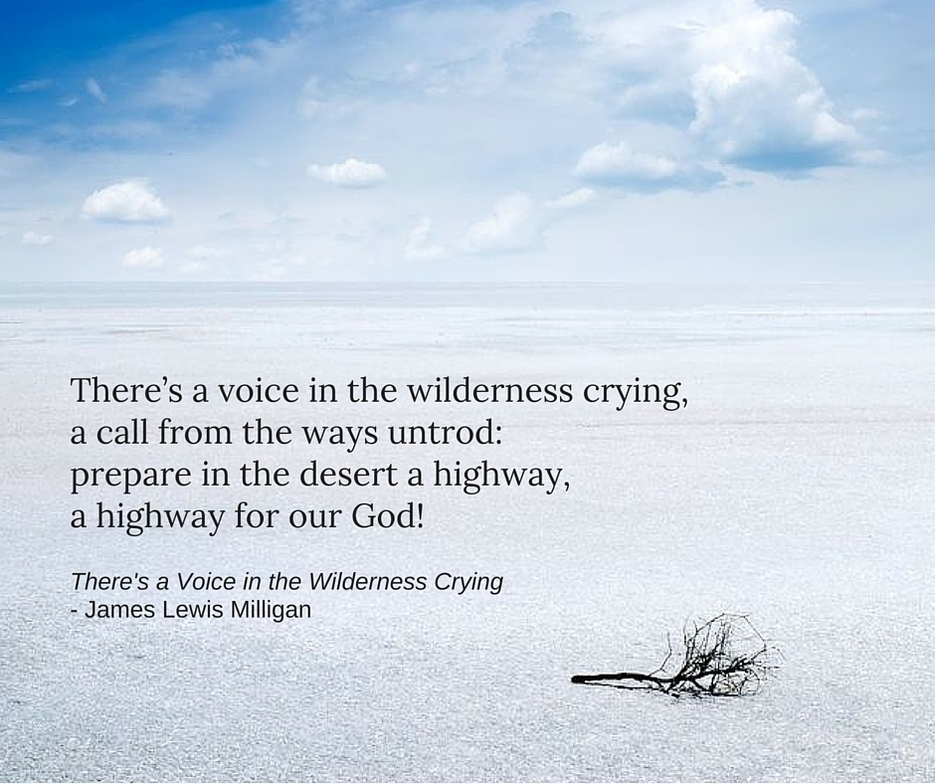 O Zion, give voice to good tidings, ascend to the heights and sing!  Proclaim to a desolate people the coming of their King.

This special hymn was written by James Lewis Milligan for the union of the Methodist, Presbyterian and Congregational churches, which formed the United Church of Canada in 1925.  Milligan worked for the three years leading up to the churches' union as Director of Publicity and is remembered for his work as a pastor in the Methodist church.  In addition, he worked in media and public relations, and as a speech writer and poet.  It is thought that this is the only hymn he ever penned.

Set to the tune Ascension (Bancroft), the hymn now appears in Voices United and seven other hymnals.  While the hymn may have been written as a call to align three seperate demoninations, its prophetic message is unquestionably Advent in nature.  The words are drawn from many parts of scripture, but are most closely aligned to the book of Isaiah 40, 3-5:

"A voice cries out:  In the wilderness prepare the way of the Lord, make straight in the desert a highway for our God.  Every valley shall be lifted up,and every mountain and hill be made low; the uneven ground shall become level, and the rough places a plain.  Then the glory of the Lord shall be revealed, and all people shall see it together, for the mouth of the Lord has spoken.”

The listener is summoned to prepare for the coming of the Messiah, who will bring peace and justice to a hurting world.  The status quo will be shaken, wrong will be made right, and nations will pass from memory as quickly as a dream.